Here are some of the questions we frequently hear regarding FLO and/or Sarapis.
[bra_toggle collapsable=’no’ caption=’What is FLO?’]
Any solution that makes its source materials freely accessible to the general public at no cost can be classified as free/libre/open-source—free because it has no cost, libre because there are no restrictions on how people can use the solution, and open because the solution’s source materials are accessible to all. People use a variety of terms to describe solutions with these qualities, including “free software,” “open source,” “software libre,” etc. We at Sarapis use the term “FLO”.[/bra_toggle]
[bra_toggle collapsable=’no’ caption=’If FLO solutions are free, how can people make money?’]
FLO technologies are free of cost—but that doesn’t mean everyone can use FLO tools well. In a FLO economy, money is made by service-providers: experts at a certain technology who are able to generate revenue by deploying a particular solution.

Think about a FLO technology which you probably use every day: language. Language is free (it doesn’t cost anything to use it), libre (there are no restrictions on its use) and open source (its rules and conventions are well documented and publicly available). And yet, writers are frequently paid to deploy language. Why? Because while anyone has access to language technology, not everyone has specialized as a writer or editor in order to become an expert at using the technology.

Likewise, millions of people make money using FLO software tools every year. Indeed, nearly everyone who makes money deploying websites relies on a variety of FLO tools, whether it’s the LAMP stack upon which so many websites run or popular tools like WordPress and Drupal used by tens of thousands of small scale web designers and developers to create tens of millions of websites. There are over 55 million WordPress sites in the world, and many of them were made by people earning a living from developing websites.

Everyone benefits from better FLO solutions—not just those who own the patents. The creators of proprietary technologies earn their money by hoarding their intellectual property (making it scarce) while the creators of FLO technologies earn their money by using their expertise to provide services (making it abundant).
[/bra_toggle]
[bra_toggle collapsable=’no’ caption=’What are the most exciting FLO solutions today?’]
People define success differently and have different interests, so different projects will excite different people. Here are some of our favorite FLO projects: 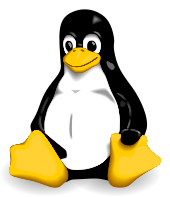 Linux is a FLO operating system that can easily run on personal computers to provide a user experience similar to that of Microsoft Windows and Apple’s OSX. Linux has “been ported to more computer hardware platforms than any other operating system. It is a leading operating system on servers and other big iron systems such as mainframe computers and supercomputers: more than 90% of today’s 500 fastest supercomputers run some variant of Linux, including the 10 fastest. Linux also runs on embedded systems (devices where the operating system is typically built into the firmware and highly tailored to the system) such as mobile phones, tablet computers, network routers, televisions and video game consoles; the Android system in wide use on mobile devices is built on the Linux kernel.”

OpenCourseWare is “a free and open digital publication of high quality college and university‐level educational materials. These materials are organized as courses, and often include course planning materials and evaluation tools as well as thematic content.” Hundreds of universities around the world, including prestigious ones such as MIT and Harvard, are contributing to OCW and many of them have come together to form a consortium that envisions “a world in which the desire to learn is fully met by the opportunity to do so anywhere in the world—where everyone, everywhere is able to access affordable, educationally and culturally appropriate opportunities to gain whatever knowledge or training they desire.”

LibreOffice is a FLO office productivity suite similar to Microsoft Office. It offers a word processor, presentations, spreadsheets, graphics editor and more. In recent years, the project has been forked a number of times so there are two primary versions now—each of which has been downloaded millions of times: Apache OpenOffice and LibreOffice.

OpenCongress is a FLO software and data project that is designed to be the website Congress “should have built” for itself. The project includes many components, including “scraping” of congressional records and publishing them online in FLO formats so they can be shared with others. It also contextualizes this information by matching it with relevant news coverage and blog posts and providing social networking and political participation tools so its users can turn information into action.

Arduino is a popular FLO “single-board microcontroller… designed to make the process of using electronics in multidisciplinary projects more accessible.” This simple device costs around $40 and makes it much more cost efficient to control simple mechanical processes such as opening and closing actuators, turning systems on and off, etc. In under 6 years of life, the Arduino has become the defacto micro-controller of crafters, tinkerers and makers of all types. Arduino on Wikipedia.

Open Source Ecology is a project to create FLO versions of the modern industrial tools people need to “build a sustainable civilization with modern comforts.” The project uses FLO principles to design, develop and deploy tractors, engines, sawmills and over 50 other machines that people will be able to improve upon and build in their own communities.

Wikipedia is popularly known as the free encyclopedia that anyone can edit. The story of its success is widely used to explain a phenomenon called the “wisdom of crowds” in which a group of normal people can, in aggregate, make better decisions than individual experts. With over a million articles in English and hundreds of thousands of articles in dozens of other languages, it is the planet’s most extensive knowledge resource. People are less aware that Wikipedia is built on a FLO software project called MediaWiki, which is the world’s most popular wiki software. Wiki means “easy” in Hawaiian and has become the term people use to describe collaboratively produced websites that are “easy to edit.”

Open Data is the idea that certain data should be freely available to everyone to use and republish as they wish, without restrictions from copyright, patents or other mechanisms of control. The goals of the open data movement are similar to those of other “Open” movements such as open source, open content, and open access. The philosophy behind open data has been long established (for example in the Mertonian tradition of science), but the term “open data” itself is recent, gaining popularity with the rise of the Internet and World Wide Web and, especially, with the launch of open-data government initiatives such as Data.gov.”

WordPress is the world’s most popular FLO blogging software. There are over 50 million sites hosted on WordPress.com and hundreds of millions more that are self-hosted. With over 10,000 plug-ins that extend its functionality, WordPress has become much more than a blogging platform and can easily be turned into a social network, online store, relationship management system, directory, scheduling system and much more. 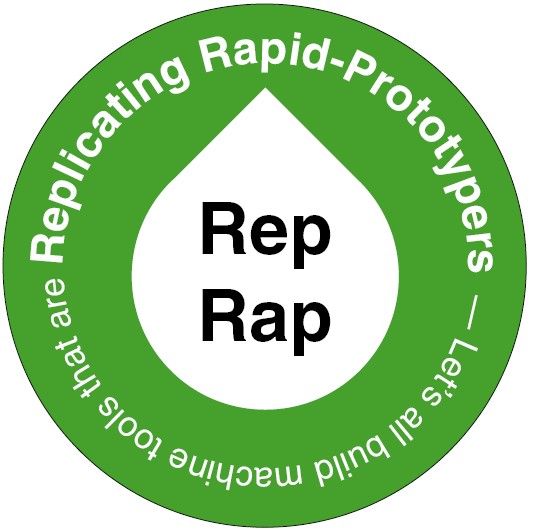 RepRap is a project to develop FLO 3D printers that can print their own parts. It has gone through over a half dozen iterations since the project’s first prototype was released in 2006 and its technology has been adopted by many consumer-oriented desktop 3D printers including MakerBot’s popular Thing-O-Matic. 3D printers use a nozzle to drop very small amounts of substrate on the surface of a three dimensional object. This process enables 3D printers to produce a wide variety of objects, from computer processors to fasteners.[/bra_toggle]
[bra_toggle collapsable=’no’ caption=’If FLO is such a big deal, why haven’t I ever heard of it before?’]
While proprietary technology providers like Microsoft, Oracle and Monsanto spend billions of dollars advertising their products, FLO projects rarely advertise at all: FLO projects are generally underfunded, and where resources do exist, they’re directed toward further development of the project. This leads to a situation where the advertising-driven media has no incentive to discuss really exciting and valuable contributions to the technological commons.

Meanwhile, many FLO projects are perfectly happy to remain obscure to “consumers” because projects don’t receive any tangible benefit from people who use but don’t contribute back to the project. (That’s where Sarapis comes in…)[/bra_toggle]
[bra_toggle collapsable=’no’ caption=’How does Sarapis help?’]
As FLO tools and techniques influence more of our society and economy, it’s becoming increasingly clear that there’s a long way to go before the various FLO-identified software projects and communities can provide easily-accessible solutions to the challenges facing the world.

We need awareness of the FLO movement to expand so that the overall community can grow; the bigger the community, the faster the technologies can improve and multiply. Indeed, most people don’t even know that FLO technologies exist.

Sarapis raises awareness about FLO solutions in a number of ways, including:

[/bra_toggle]
[bra_toggle collapsable=’no’ caption=’What is Openlocalism?’]
The bylaws of Sarapis require its staff (us) to overcome locally-experienced challenges with free, libre and open source solutions wherever practically possible. We call this practice of focusing locally and acting openly “openlocalism” and believe that if more people solved their own problems in open ways that allowed others to use, modify and improve their solutions, everyone would be able to more easily overcome common challenges—such as those for food, shelter, education and health care.

All of our work—whether internal operations or external projects—is informed by our belief in openlocalism. You can read about our efforts using this methodology on our blog.[/bra_toggle]
[bra_toggle collapsable=’no’ caption=’Just who is Sarapis anyway?’]
We like to say that Sarapis is the “god of free, libre and open-source solutions” but the history is, of course, much more complicated than that…

Have a question that’s not on this list? Send it to thefolks[at]sarapis[dot]org.

You might also find the blog posts below of interest.